The Spirit of Ubuntu; *Spoken Word* An African Philosophy

Hey hey Ya’al. It’s been a minute. I’m sorry, and I will talk about how I am probably the most inconsistent blogger ever in another post. For now I just wanted to share with you a little piece of something.

In school we have a class called INS. It is a class on culture and communication, *-I have no idea why the acronyms are INS-* and we had different group projects this semester. My group got wonderfully stuck with the concept Ubuntu. I loved discovering the ideas behind this word. We are doing presentations on the topic and were told to be creative so this afternoon I got inspiration to write a spoken word about it. Enjoy and let me know what you think 🙂

THE SPIRIT OF UBUNTU

It is more than just a concept, it is a mindset

It is a way of life that challenges present day, world-wide strife

It is an understanding,

A knowing that comes from growing up in a society which unknowingly holds at it the very core of its being.

Understanding that you would never be who you are without him, him, and her

And you have a duty to set the bar without leaving any of them far behind.

Ubuntu obliterates the idea of a race; it says you and I should each go at our own pace

But if you fall, I will pick you up

If your lace gets stuck in a snare, I will be there

This is how you show… ‘Ubuntu’

Nelson Mandela shared how in his day and age,

If a traveler passed by a village,

They would have no need to ask for drink or food,

And even if they did ask they were never considered rude

The village unquestioningly made it their role

To feed not only the traveler’s belly but his soul

This was just an example of the loyalty which ‘Ubuntu’ says you should have for your sister and brother, regardless of whether or not they are a stranger

To my *cucu*, grandma, ‘Ubuntu’ was building

A community that was woman empowering

Yet it never crossed her mind that she could forge ahead and leave the others behind.

Instead she became an adult educator, a teacher, a mobilizer, and started chamaa meetings

Where each person would give twenty shillings in every meeting,

She understood it was never just about how you feel.

Her, and Mandela both understood the spirit of ‘Ubuntu’ is seeing,

That it’s not just me, but we, need to move together as a collective being.

Well a friend explained to me how,

‘Ubuntu’, to her smooths over the complexities of being African

It allows us to understand that under the African Sun,

To dance to Afro-beats, having never been to Western Africa,

To enjoy braai and chakalaka from Southern Africa,

Just as much as chapatti and nyama-choma from East Africa

To know that even with over 2,000 different languages and tribes,

We all have an underlying bond, so strong that our differences in culture only add to our shared identity

As members of the same enlarged community,

Now, after Nelson Mandela, and my grandma’s day

A new mindset and philosophy came into play

They called it modernization.

A blessing, they said, that has reached nearly every nation.

So focused on reaching the top, me, myself, and I

Yet ‘Ubuntu’ disagrees and teaches that,

If I am going to fly, I want you there to help me touch the sky

To hear you make the little ‘gasp’ sound

‘Ubuntu’ is the little things,

So she didn’t just have one mother,

But several, aunties, and sisters, invested in her single future…

Or I, growing, knowing that whenever we went visiting

Be it unga and mafuta used for cooking,

Or bread and milk for breakfast in the mornings

It didn’t really matter, whatever we could afford to bring, we would be carrying…

It is laying the aspects of me,

That get in the way of you becoming the person who you have the potential to be.

‘Ubuntu’ is humility, which comes with being in community

It is being willing to serve, wherever and whenever

It is trust, and heart, and community, and family, and loyalty, and friendship, and relationship, and respect. It is more than just a concept.

‘Ubuntu’ is the same philosophy as humanity

‘Ubuntu’ is a big part of what makes us African,

But more than that ‘Ubuntu’s’ spirit is at the core of what makes us human.”

*Shout out to Maureen Mbwaya for being the ‘friend’ I mentioned*

Thank you for reading, and I would love to know what you think, what Ubuntu means to you, and if your language has a different word for this philosophy that beautifully binds us together. 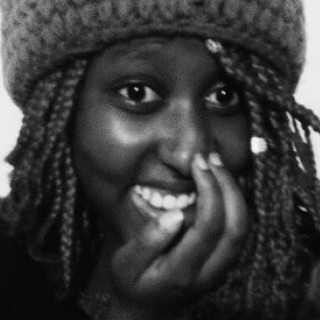